Avoiding 112 Rejections at the USPTO

The value of a patent, for better or worse, is related to the likelihood that it could be successfully defended against challenges. In the past it was believed that there was safety in numbers. Today, higher quality patents are strategically preferable to collecting as many patents as possible.

The requirements of 112 have become the linchpin in modern patent practice. Whether you are trying to define an improvement over the prior art to satisfy the Alice-Mayo patent eligibility test, or you need to carefully describe an innovation to overcome obviousness hurdles, filing a well-crafted, completed and vetted specification is mandatory.

Join us on February 22 at 12:00 PM ET for a free webinar where we will discuss best practices for filing a robust application to avoid 112 rejections and associated problems. We will specifically examine: Gene Quinn is the founder of IPWatchdog.com, a patent attorney, law professor, and leading commentator on patent law and innovation policy. Gene’s writings typically focus on pending legislation, rule making at the United States Patent and Trademark Office, and general commentary about the state of the industry. Gene practices patent law with Widerman Malek, and the majority of his patent practice is focused on software patents and Internet innovations. Since 2000 he has also been a principal lecturer in the PLI Patent Bar Review Course. 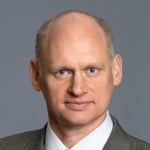 James Carmichael is a patent attorney and a former Administrative Patent Judge on the Board of Patent Appeals and Interferences (now the Patent Trial and Appeal Board). Jim was employed by the U.S. Patent and Trademark Office (PTO) for eight years, including working in the electrical and computer division of the Board as an Examiner-in-Chief. Currently he represents inventors and patent challengers before the PTO in patent prosecution and inter partes review proceedings. Jim regularly serves as an expert witness on PTO prosecution and post-grant procedures. Dave also has two years of experience as a chemical and biotechnology patent examiner with the U.S. Patent and Trademark Office.  In addition to having over three years of experience as a research molecular geneticist at Duke University Medical Center, Dave obtained extensive experience in organic and polymer chemistry while working at Wright Patterson Air Force Base as a research chemist for four years.  Dave has a J.D. from the University of Dayton School of Law, and a B.S. and M.S. in Chemistry from Wright State University.  Dave is registered to practice before the USPTO.  He is also a member of the North Carolina and Pennsylvania bars.